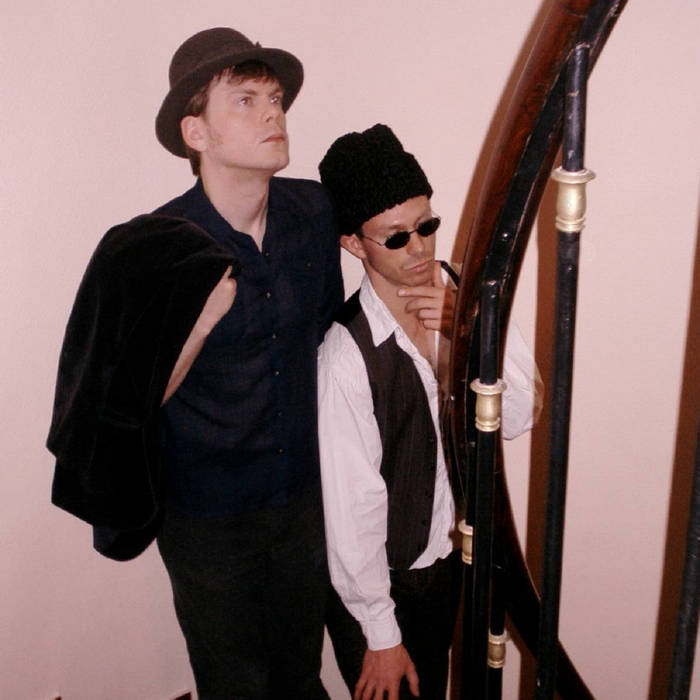 " At the beginning of this century, we went to Mexico for a study trip, in the footsteps of cartels and their relationship with museography. But we quickly gave up on our research to focus on the uplifting songs of the Mariachis and their uniquely nostalgic guitar playing.
One evening when we were leaning on the counter of one of Mexico City's most secret bars, we met a man of absinthe (we could not describe otherwise the individual who led us that night to infinite drunkenness). We have composed this song as a tribute to this man, to Unica Zürn (The Man of Jasmine is the bedside book of the adopted daughter of our daughter), to the star Absinthe of the Apocalypse, to the female of the jaguar who steals the souls of cars, finally! to Mexico which had opened its doors to us".
(translate by Max Lachaud)

Formed in 2003, The Blizzard Sow is a french experimental folk band.
Our band includes two people: a singer, Guillaume Boppe (aka William Boppe) – who is moreover poet and writer – and Denis Frajerman (aka Ismael Boppe, also named "El Faroud"), a composer and a multi-instrumentalist, famous as well as for his solo works (he released 15 records, composed oratorios and he’s managing a string quartet) as for his participation in the band Palo Alto.
But The Blizzard Sow is also and above all the foundation of a mythology, the basis of an artistic tale, the ground of a pervert oniric universe. The band plays what it calls nightmare pop. That music is the unique representative of the ukrainian bayou culture, of the balkanic steppes’ bossa-nova, of the great mystic epics written by the singer and the dissonant chords played by the instrumentalist-soundmaster... all that somewhere between Tchernobyl and New-Orleans, Tarkovski and Faulkner. When listeners try to describe our music, they name Nick Cave and Current 93. We are proud of that influences but of course we have our own style.
On stage we play with two other musicians: Keny 2 (samples and beats) and a cello.
(Previously released record : Baagou music, Cynfeirdd, 2005)